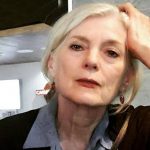 This century: I’ve been making large-scale graphite drawings, collages, artist’s books, prints and installations based on graphics. I work from archives of photographs I’ve collected from old magazines, photo albums, and newspapers or found online, completed by a few other sources like manga. Recent projects: “Elsewhere (Otherness) --Disguise and Exoticism”, “Women, Fire and Dangerous Things” (title borrowed from the linguist George Lakoff), and “When my blood was not yet my blood: A journey from Kansas City to Mexico City, 1880- 1920” (part of the title borrowed from the poet Xavier Villaurrutia). Right now I’m working with photographs from my childhood (scenes with a lot of wallpaper), asteroids, moon landings and expeditions to the South Pole. (I also directed a national art school –“La Esmeralda” in Mexico City from 2013-2017). -----Last century: I was born in Kansas and educated in Nebraska, Paris and New York. I started working in art in Boston, making posters for the women’s movement in 1971. I continued this activity in the Chilean left, the year before the coup against Allende. I’ve been based in Mexico since 1973, and participated in the movement of “Los Grupos”, artists organized in collectives. These groups were the Mexican manifestation of a world-wide impulse by artists at that point in time to work collectively, which came out of Fluxus, social movements and in our case, as a reaction to the 1968 massacre in Tlatelolco. I also took part in founding the poets’ collective “Infrarrealistas” in 1974. In the 80s and 90s I worked more on my own. A major theme was reinventing (subverting in some way) erotic photographs from the late nineteenth and early twentieth centuries, thus invading a territory forbidden to women artists of that time.

This project is based on photographs my father took of my sisters and I when we were very young, combined with images of children and beasts I’ve found online. Wallpaper is an important background element. The series has to do with children’s inner selves and their relationship to wild things, they themselves being fairly wild. It examines how children relate to each other and what they imagine, in the wallpaper, under the bed and in their heads. 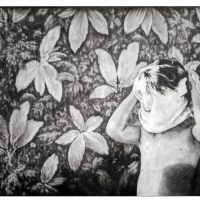 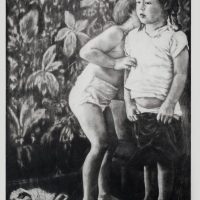 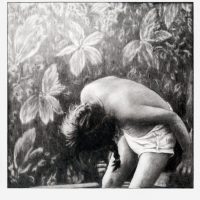 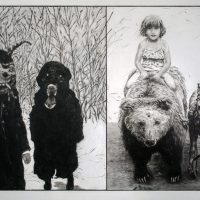 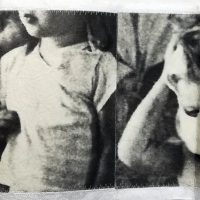 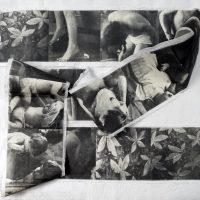 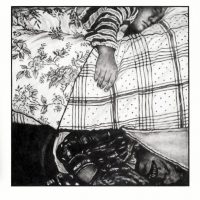 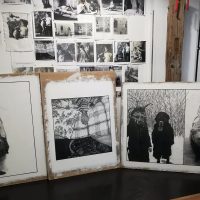